Common Antlers Sponge, Axinella polypoides, is a species of sea sponge belonging to the Demospongiae class, family Axinellidae and at phylum Porifera. it’s present throughout the Mediterranean Sea. It comes in the form of a sapling and lives at a depth ranging from 20 meters to over 300 meters.

Despite being a rare and protected species, it can be easily met on rocky bottoms. The Demospongiae represent the largest class of the phylum Porifera and comprising 95% of the known species with nearly 8,800 species worldwide (World Porifera Database), including the familiar bath sponges. la spugna ramificata

Sponges of the phylum Porifera are a basal Metazoa (animal) clade as a sister of the Diploblasts. They are multicellular organisms that have bodies full of pores and channels allowing water to circulate through them, consisting of jelly-like mesohyl sandwiched between two thin layers of cells.

The branch of zoology that studies sponges is known as spongiology. Sponges have unspecialized cells that can transform into other types and that often migrate between the main cell layers and the mesohyl in the process. Sponges do not have nervous, digestive or circulatory systems.

Instead, most rely on maintaining a constant water flow through their bodies to obtain food and oxygen and to remove wastes. Sponges were first to branch off the evolutionary tree from the common ancestor of all animals, making them the sister group of all other animals..

Sponges are similar to other animals in that they are multicellular, heterotrophic, lack cell walls and produce sperm cells. Unlike other animals, they lack true tissues and organs. Some of them are radially symmetrical, but most are asymmetrical. The shapes of their bodies are adapted for maximal efficiency of water flow through the central cavity, where the water deposits nutrients and then leaves through a hole called the osculum.

Many sponges have internal skeletons of spongin and/or spicules (skeletal-like fragments) of calcium carbonate or silicon dioxide. All sponges are sessile aquatic animals, meaning that they attach to an underwater surface and remain fixed in place (i.e., do not travel). Although there are freshwater species, the great majority are marine (salt-water) species, ranging in habitat from tidal zones to depths exceeding 8,800 m.

Although most of the approximately 5,000–10,000 known species of sponges feed on bacteria and other microscopic food in the water, some host photosynthesizing microorganisms as endosymbionts, and these alliances often produce more food and oxygen than they consume. A few species of sponges that live in food-poor environments have evolved as carnivores that prey mainly on small crustaceans.

Most species use sexual reproduction, releasing sperm cells into the water to fertilize ova that in some species are released and in others are retained by the “mother.” The fertilized eggs develop into larvae, which swim off in search of places to settle. Sponges are known for regenerating from fragments that are broken off, although this only works if the fragments include the right types of cells.. 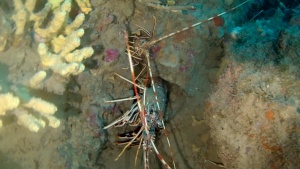 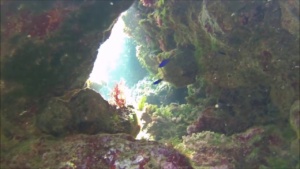 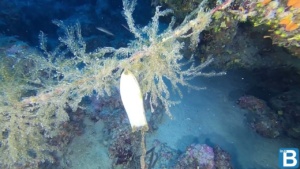 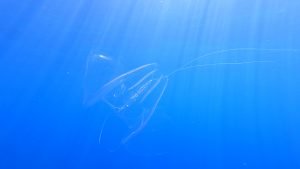