The scientific name comes from aster (star in Latin) and Spartos (shrub in Latin). The English name (basket star) is derived from the habit of curling up in the basket (basket, in English) during the day with branched arms. The Italian name of gorgonian star comes from the myth of the Gorgon (Medusa, Steno and Euryale) figures of Greek mythology, who had snakes instead of hair.

It is an animal passive filter feeder which feeds, via open tentacles, especially microparticles planktonic.

Very rare, and typically photophobic night. It is located in the western Mediterranean Sea, on the Atlantic Ocean and on the coasts of Spain and Senegal; common in Algeria and Morocco. He lives from 30 meters depth up to 800 meters, generally on branches of Paramuricea clavata, Eunicella singularis or on sponges.

In Italy it was reported in the Straits of Messina, close to Scylla, to over 45 meters deep, in the island of Giglio seabed (in Punta del Fenaio, that dips up to 90 meters), on the Tor Paterno shoals, near Rome, 30 meters deep. Archipelago of La Maddalena in Sardinia. 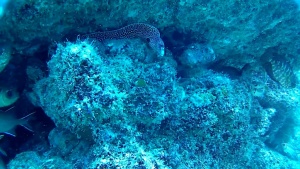 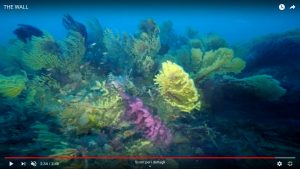 This beautiful video shows one of the many submerged cliffs of the Mediterranean Sea. A…