The Mediterranean moray (sometimes also called Roman eel, Muraena helena) is a fish of the moray eel family. It has a long eel-like body and is found in the eastern Atlantic Ocean and Mediterranean Sea. Its bite can be dangerous to humans. Moray Eel Muraena helena Moray Muraenidae intotheblue.it

Muraena helena showing typical moray eel morphology: robust anguilliform shape, lack of pectoral fins and circular gill openings. The Mediterranean moray has an elongated, eel-like body and can reach a length of 1.5 meters and weigh over 15 kilograms. Its coloration varies from dark grey to dark brown with fine dark spots. The skin is slimy and without scales. The dorsal fin begins behind its head and continues to the caudal fin (fused with the anal fin). Pectoral fins are absent, teeth are long and sharp-pointed (like other morays), the mouth is long and robust and reaches behind the gills. Moray Eel Muraena helena Moray Muraenidae intotheblue.it 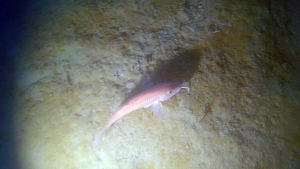 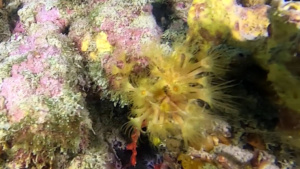 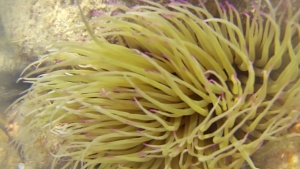