Silvertip shark (Carcharhinus albimarginatus) is a large species of requiem shark, in the family Carcharhinidae, with a fragmented distribution throughout the tropical Indian and Pacific Oceans. It is often encountered around offshore islands and coral reefs, and has been known to dive to a depth of 800 m. The silvertip shark resembles a larger and bulkier grey reef shark, but can be easily identified by the prominent white margins on its fins. It attains a maximum length of 3 m.

An aggressive, powerful apex predator, the silvertip shark feeds on a wide variety of bony fishes, as well as eagle rays, smaller sharks, and cephalopods. This species dominates other requiem sharks of equal size when competing for food, and larger individuals are often heavily scarred from conflicts with others of its species.

As with other members of its family, the silvertip shark is viviparous, with females giving birth to one to 11 pups in the summer. Silvertip sharks are regarded as potentially dangerous to humans, as they often approach divers quite closely. This slow-reproducing species is taken by commercial fisheries for its meat, fins, skin, cartilage, and jaws and teeth, which has apparently led to local population declines or extirpations.

Silvertip shark is widely but not continuously distributed in the tropical Indian Ocean and Pacific Ocean. In the western Indian Ocean, this species occurs from the Red Sea to South Africa, including Madagascar, the Seychelles, Mauritius and the Chagos Archipelago. In the western Pacific, it is known from off southern Japan to northern Australia.

Silvertip sharks are found over continental and insular shelves at a depth of 30–800 m. occupying all levels of the water column. They are most common around isolated islands, coral banks, and reef drop-offs. Juveniles frequent coastal shallows or lagoons, while adults occur in deeper water, with little overlap between the two age groups.

Inquisitive and bold, especially in the presence of food, the silvertip shark is regarded as potentially dangerous to humans. Often, several sharks will rush up from deep water to inspect divers when they first enter the water, which can be a very intimidating experience, as they may approach quite close. This species has also been known to circle or pursue divers. 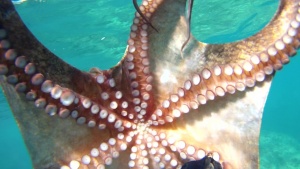 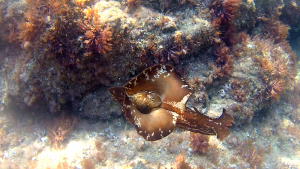 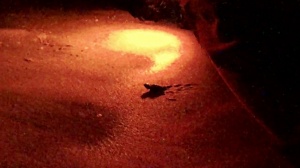 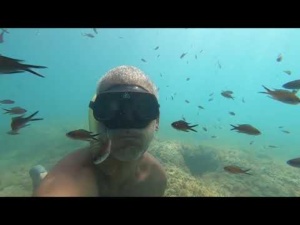