Sandbar shark (Carcharhinus plumbeus) is a species of requiem shark, and part of the family Carcharhinidae, native to the Atlantic Ocean and the Indo-Pacific. It is distinguishable by its very high first dorsal fin and interdorsal ridge. It is not to be confused with its similarly named shark, the sand tiger shark, Carcharias taurus. squalo grigio Carcharhinus plumbeus Carcharhinidae intotheblue.it

Females reach sexual maturity around the age of 13 with an average fork-length (tip of the nose to fork in the tail) of 154.9 cm, while males tend to reach maturity around age 12 with an average fork-length of 151.6 cm. Females can grow to 2–2.5 m (6.6–8.2 ft), males up to 1.8 m (5.9 ft). Its body color can vary from a bluish to a brownish grey to a bronze, with a white or pale underside. Sandbar sharks swim alone or gather in sex-segregated schools that vary in size.

The sandbar shark, true to its nickname, is commonly found over muddy or sandy bottoms in shallow coastal waters such as bays, estuaries, harbors, or the mouths of rivers, but it also swims in deeper waters (200 m or more) as well as intertidal zones. Sandbar sharks are found in tropical to temperate waters worldwide; in the western Atlantic they range from Massachusetts to Brazil. Juveniles are common to abundant in the lower Chesapeake Bay, and nursery grounds are found from Delaware Bay to South Carolina. Other nursery grounds include Boncuk Bay in Marmaris, Muğla/Turkey and the Florida Keys.

Sandbar sharks are viviparous. The embryos are supported in placental yolk sac inside the mother. Females have been found to exhibit both biennial and triennial reproductive cycles, ovulate in early summer, and give birth to an average of eight pups, which they carry for 1 year before giving birth. The longevity of the sandbar shark is typically 35–41 years. 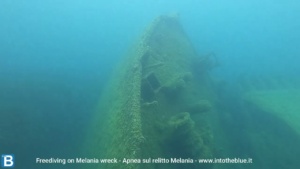 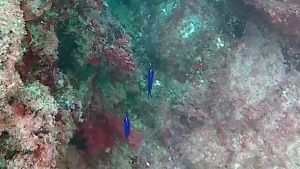 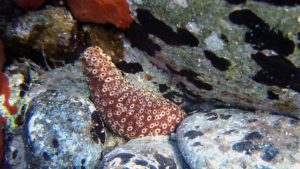