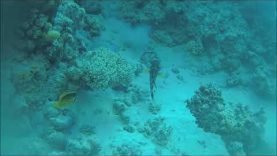 The red-breasted wrasse (Cheilinus fasciatus) belongs Actinopterygii class, Labriformes order,Labridae family. It lives in the lagoons and coral reefs of the Atlantic Ocean, the Indian Ocean and the Red Sea; it has also been found in Samoa, Micronesia, Seychelles, Ryukyu islands and on the coasts of East Africa. Young people prefer areas with a lot of aquatic vegetation, adults are often found in areas rich in corals and with sandy bottoms. It can be found up to 60 m deep. Red-breasted wrasse Cheilinus fasciatus intotheblue.it

Adults are more squat, and in adult males the jaw is prominent. The caudal fin is delta-shaped, and has much more elongated external rays than the others. The background color is black or brown, with several vertical white bands that stop before the area where there are the gills and the pectoral fins. which is instead red. The head is brown, but irregular red spots are present near the eyes. The anal fin and the dorsal fin are low and long, end with a tip and are light and dark bands like the body. The caudal fin is also of the same color, but not the pectoral fins which are transparent. The pelvic fins are red with a dark spot.

It feeds mainly on marine invertebrates such as echinoderms, especially sea urchins, molluscs and crustaceans. The reproduction occurs in the harems formed by a single adult male and by several females in general in the months of May and October; during the reproductive period the males are very territorial. 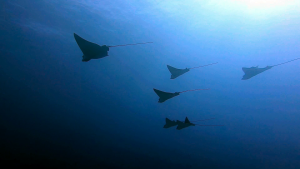 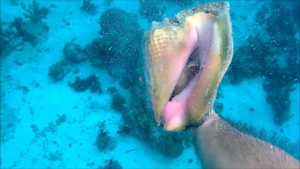 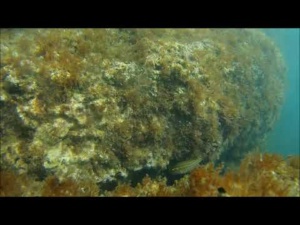 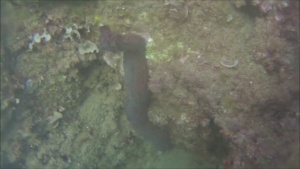