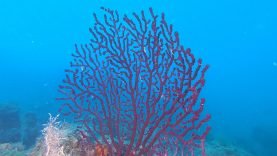 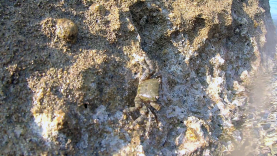 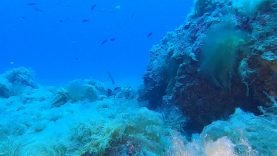 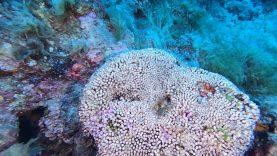 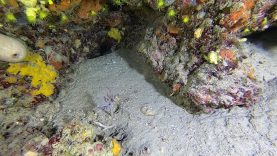 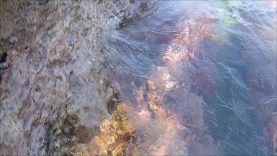 Pachygrapsus marmoratus is a species of crab, sometimes called the marbled rock crab or marbled crab, which lives in the Black Sea, the Meditarranean Sea and parts of the Atlantic Ocean. It is dark violet brown, with yellow marbling, and with a body up to 40 millimetres long. A semiterrestrial omnivore, it feeds on algae and various animals including mussels and limpets.  Pachygrapsus marmoratus  is an omnivore, but not an opportunist: similar proportions of algae and animals are consumed however abundant they are in the habitat. il granchio corridore intotheblue.it

Crabs attract a mate through chemical visual, acoustic, or vibratory means. Pheromones are used by most fully aquatic crabs, while terrestrial and semiterrestrial crabs often use visual signals, such as fiddler crab males waving their large claws to attract females. The vast number of brachyuran crabs have internal fertilisation and mate belly-to-belly. For many aquatic species, mating takes place just after the female has moulted and is still soft. Females can store the sperm for a long time before using it to fertilise their eggs. When fertilisation has taken place, the eggs are released onto the female’s abdomen, below the tail flap, secured with a sticky material. In this location, they are protected during embryonic development. Females carrying eggs are called “berried” since the eggs resemble round berries.

When development is complete, the female releases the newly hatched larvae into the water, where they are part of the plankton. The release is often timed with the tides. The free-swimming tiny zoea larvae can float and take advantage of water currents. They have a spine, which probably reduces the rate of predation by larger animals. The zoea of most species must find food, but some crabs provide enough yolk in the eggs that the larval stages can continue to live off the yolk. il granchio corridore intotheblue.it

Each species has a particular number of zoeal stages, separated by moults, before they change into a megalopa stage, which resembles an adult crab, except for having the abdomen (tail) sticking out behind. After one more moult, the crab is a juvenile, living on the bottom rather than floating in the water. This last moult, from megalopa to juvenile, is critical, and it must take place in a habitat that is suitable for the juvenile to survive. Most species of terrestrial crabs must migrate down to the ocean to release their larvae; in some cases, this entails very extensive migrations. After living for a short time as larvae in the ocean, the juveniles must do this migration in reverse. In many tropical areas with land crabs, these migrations often result in considerable roadkill of migrating crabs.

Once crabs have become juveniles, they will still have to keep moulting many more times to become adults. They are covered with a hard shell, which would otherwise prevent growth. The moult cycle is coordinated by hormones. When preparing for moult, the old shell is softened and partly eroded away, while the rudimentary beginnings of a new shell form under it. At the time of moulting, the crab takes in a lot of water to expand and crack open the old shell at a line of weakness along the back edge of the carapace. The crab must then extract all of itself  including its legs, mouthparts, eyestalks and even the lining of the front and back of the digestive tract – from the old shell. This is a difficult process that takes many hours, and if a crab gets stuck, it will die. After freeing itself from the old shell (now called an exuvia), the crab is extremely soft and hides until its new shell has hardened. While the new shell is still soft, the crab can expand it to make room for future growth. 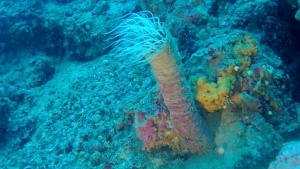 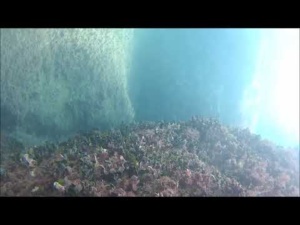 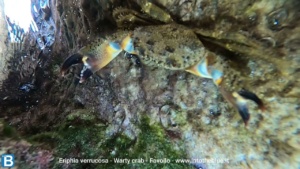 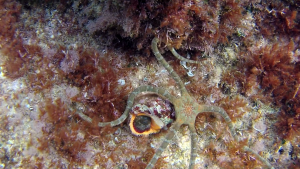