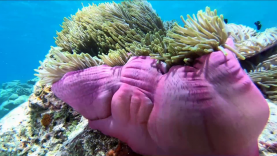 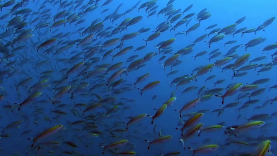 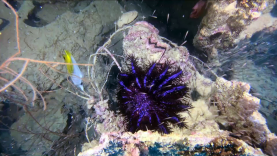 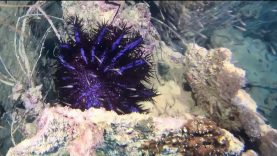 Crown-of-thorns starfish, Acanthaster planci, is a large starfish that preys upon hard, or stony, coral polyps (Scleractinia). The crown-of-thorns starfish receives its name from venomous thorn-like spines that cover its upper surface, resembling the biblical crown of thorn. It is one of the largest starfish in the world. Acanthaster planci has a very wide Indo-Pacific distribution. It is perhaps most common in Australia, but can occur at tropical and subtropical latitudes from the Sed Sea and the east African coast across the Indian Ocean, and across the Pacific Ocean to the west coast of Central America. It occurs where coral reefs or hard coral communities occur in this region. stella corona di spine

The body form of the crown-of-thorns starfish is fundamentally the same as that of a typical starfish, with a central disk and radiating arms. Its special traits, however, include being disc-shaped, multiple-armed, flexible,prehensile, and heavily spined, and having a large ratio of stomach surface to body mass. Its prehensile ability arises from the two rows of numerous tube feet that extend to the tip of each arm. In being multiple-armed, it has lost the five-fold symmetry (pentamerism) typical of starfish, although it begins its life cycle with this symmetry. The animal has true image forming vision. Adult crown-of-thorns starfish normally range in size from 25 to 35 cm. They have up to 23 arms. Although the body of the crown of thorns has a stiff appearance, it is able to bend and twist to fit around the contours of the corals on which it feeds. The underside of each arm has a series of closely fitting plates which form a groove and extend in rows to the mouth. They are usually of subdued colours, pale brown to grey-green, but they may be garish with bright warning colors in some parts of their wide range.

The long, sharp spines on the sides of the starfish’s arms and upper (aboral) surface resemble thorns and create a crown-like shape, giving the creature its name. The spines are stiff and very sharp, and readily pierce through soft surfaces. Despite the battery of sharp spines on the aboral surface and blunt spines on the oral surface, the crown-of-thorns starfish’s general body surface is membranous and soft. When the starfish is removed from the water, the body surface ruptures and the body fluid leaks out, so the body collapses and flattens. The spines bend over and flatten, as well. They recover their shape when reimmersed, if they are still alive. 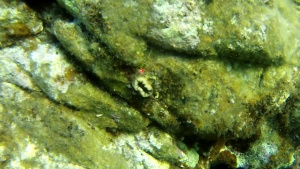 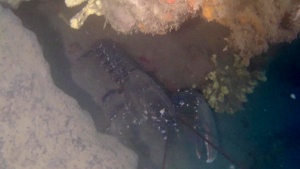 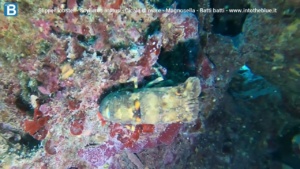