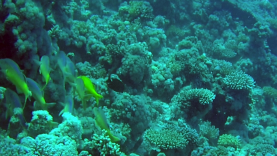 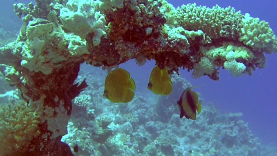 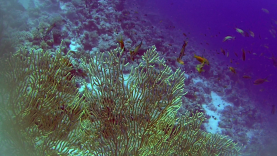 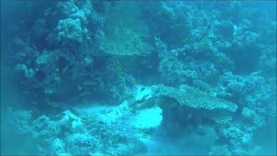 I filmed this Gorgonia Flabellum during an underwater excursion in the Red Sea at a depth of about 30 meters. The Gorgonias are an important biological indicator because they are very sensitive to pollution and sea heating; moreover, inside them we find a remarkable biodiversity composed of invertebrates of every species and of fish that use the colony both as a refuge and as a place to lay eggs safely. The Gorgonia Flabellum intotheblue.it

Soft corals contain minute, spiny skeletal elements called sclerites, useful in species identification. Sclerites give these corals some degree of support and give their flesh a spiky, grainy texture that deters predators. In the past, soft corals were thought to be unable to lay new foundations for future corals, but recent findings suggest that colonies of the leather-coral genus Sinularia are able to cement sclerites and consolidate them at their base into alcyonarian spiculite, thus making them reef builders.

Unlike stony corals, most soft corals thrive in nutrient-rich waters with less intense light. Almost all use symbiotic photosynthetic zooxanthellas as a major energy source. However, most readily eat any free-floating food, such as zooplankton, out of the water column. They are integral members of the reef ecosystem and provide habitat for fish, snails, algae, and a diversity of other marine species.

Each gorgonian polyp has eight tentacles, which catch plankton and particulate matter for consumption. This process, called filter feeding, is facilitated when the “fan” is oriented across the prevailing current to maximise water flow to the gorgonian, hence food supply.

Gorgonians are found primarily in shallow waters, though some have been found at depths of several thousand feet. The size, shape, and appearance of gorgonians can be correlated with their location. The more fan-shaped and flexible gorgonians tend to populate shallower areas with strong currents, while the taller, thinner, and stiffer gorgonians can be found in deeper, calmer waters.

Gorgonians produce unusual organic compounds in their tissues, particularly diterpenes, and some of these are important candidates for new drugs. These compounds may be part of the chemical defenses produced by gorgonians to render their tissue distasteful to potential predators. Bottlenose dolphins in the Red Sea have been observed swimming against these tissues, in what is thought to be an attempt to take advantage of the antimicrobial qualities of diterpenes. 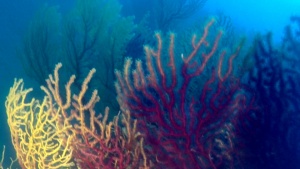 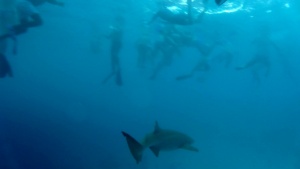 In bathing, at sunset in the Maldives, with a group of friends we suddenly found… 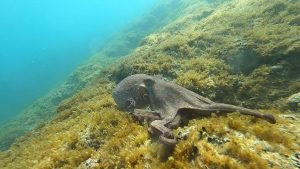 In times of covid 19, quarantines, various stages and pandemics, we too have resumed filming… 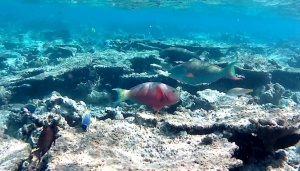