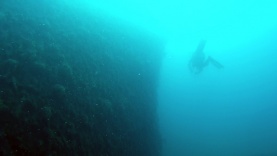 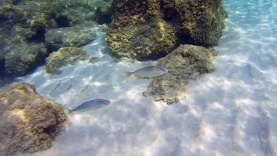 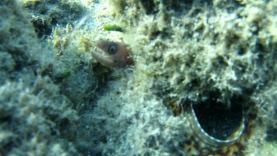 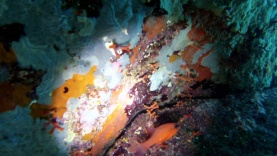 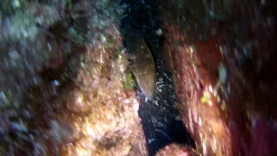 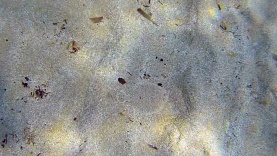 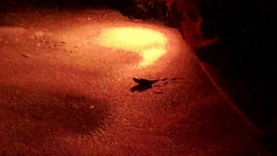 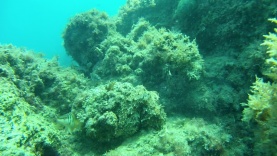 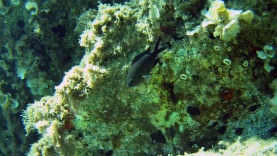 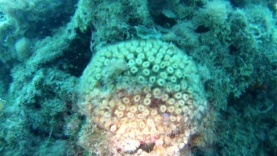 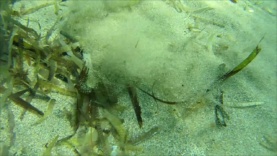 Common sole, Dover sole, or black sole (Solea solea) is a species of flatfish in the family Soleidae. It lives on the sandy or muddy seabed of the northern Atlantic and the Mediterranean Sea where it often semi-immerses itself in the substrate.
Solea solea Common Sole Dover sole black sol Sogliola Intotheblue.it

The upper side is greyish-brown while the underside is white. It grows to a maximum length of about 70 cm (28 in). The species is prized as a food fish, being caught mostly by trawling on the seabed.

The small eyes are close to each other on the right side of the body. This gives the fish the possibility of lurking half-buried in the sand for passing prey. The common sole, just like all other flatfishes, hatches as an “ordinary” fish with one eye on each side of the body. The young metamorphose to flatfish when they are about one centimeter long. The upper side is greyish-brown and the underside is white. The common sole approaches a maximum length of 70 cm (28 in).

It has a preference for relatively shallow water with sand or mud covering the bottom. It is found in the Eastern Atlantic Ocean, from the south of Norway to Senegal, and in almost all of the Mediterranean Sea. In the winter, it withdraws to the somewhat warmer waters of the southern North Sea. In the UK, a small sole is commercially called a “slip”.

An ectoparasite of the common sole is the leech Hemibdella soleae. The larvae settle on the upper surface of the fish, the only part not buried in the sediment, and after further development migrate to the underside, where they attach themselves with their suckers, feeding on the fish’s blood. 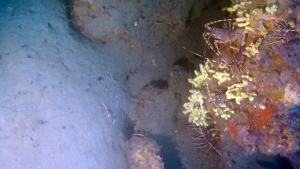 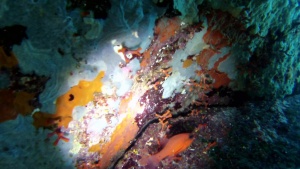 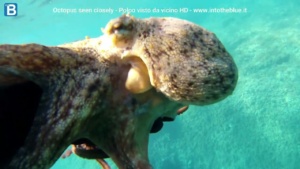 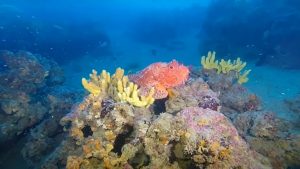