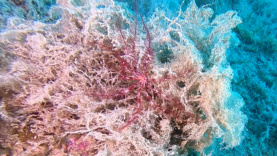 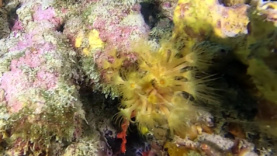 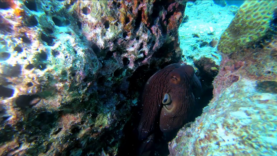 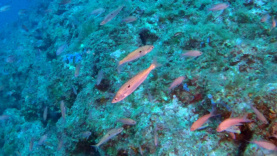 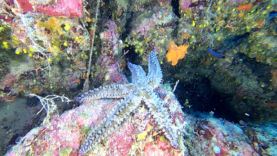 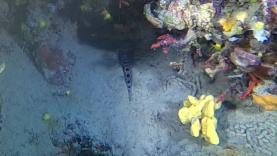 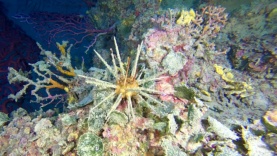 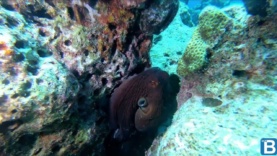 This video made in the Maldives shows us an Octopus as it comes out of its den to go hunting for food. While out he is attacked by a redtoothed triggerfish and thent has to give up his lunch and immediately take shelter in an emergency shelter to try to save himself. The video is interesting because it highlights the struggle for life that occurs every day in nature and where the predator must necessarily be careful to prevent becoming the prey of another animal. lotta per la vita

The common Octopus (Octopus vulgaris) is a mollusc belonging to the class Cephalopoda. Octopus vulgaris is the most studied of all octopus species. It is considered cosmopolitan, that is, a global species, which ranges from the eastern Atlantic, extends from the Mediterranean and the southern coast of England, to at least Senegal in Africa. It also occurs off the Azores, Canary Islands and Cape Verde Islands. The species is also common in the Western Atlantic. The common Octopus hunts at dusk. Crabs, crayfish, and bivalve molluscs (two-shelled, such as cockles) are preferred, although the octopus eats almost anything it can catch. It is able to change colour to blend in with its surroundings, and is able to jump upon any unwary prey that strays across its path. Using its beak, it is able to break into the shells of shelled molluscs. Training experiments have shown the common octopus can distinguish the brightness, size, shape, and horizontal or vertical orientation of objects. lotta per la vita

The Octopus uses gills as its respiratory surface. The gill is composed of branchial ganglia and a series of folded lamellae. Primary lamellae extend out to form demibranches and are further folded to form the secondary free-folded lamellae, which are only attached at their tops and bottoms. The tertiary lamellae are formed by folding the secondary lamellae in a fan-like shape. Water moves slowly in one direction over the gills and lamellae, into the mantle cavity and out of the octopus’ funnel.

The Octopus has three hearts, one main two-chambered heart charged with sending oxygenated blood to the body and two smaller branchial hearts, one next to each set of gills. The circulatory circuit sends oxygenated blood from the gills to the atrium of the systemic heart, then to its ventricle which pumps this blood to the rest of the body. Deoxygenated blood from the body goes to the branchial hearts, which pump the blood across the gills to oxygenate it, and then the blood flows back to the systemic atrium for the process to begin again. 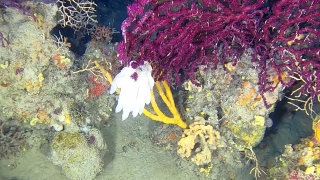 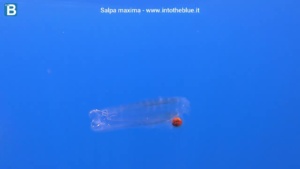 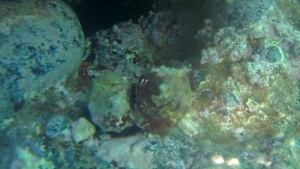 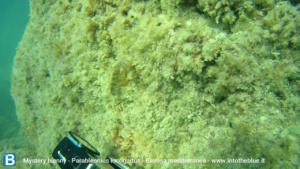