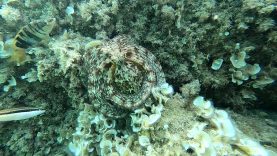 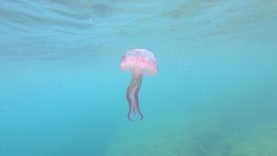 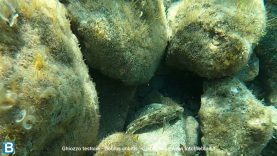 Giant goby, Gobius cobitis, is quite easily encountered while snorkeling among the rocks of the rocky coasts of the whole Mediterranean Sea. It is one of the most common species of gobies and is easy to photograph because it usually stands motionless on the seabed, resting on the rocks or hidden among the lurking algae. It is in fact a predator that eats practically everything that passes in front of it. Ghiozzo testone Gobius cobitis Giant goby intotheblue.it

The giant goby (Gobius cobitis) is a species of goby native to coastal marine and brackish waters of the eastern Atlantic, the Mediterranean Sea and the Black Sea at depths of from 10 to 35 metres (33 to 115 ft). This species is of minor importance to commercial fisheries and is also popular as a game fish.

The giant goby, which grows to 27 centimetres (11 in) in length, is greyish to olive brown with ‘pepper and salt’ markings. These are especially notable in smaller specimens. In the breeding season the male is darker than the female. The body is covered in small scales, and the tail stalk is short. The eyes are small.

The giant goby inhabits rock pools high up in the intertidal zone of sheltered shores. Occupied pools typically contain boulders under which the giant goby can take shelter, and have inputs of freshwater, so the water in the pools is usually brackish. 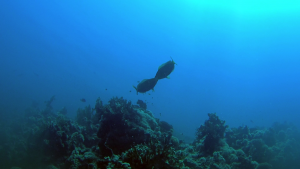 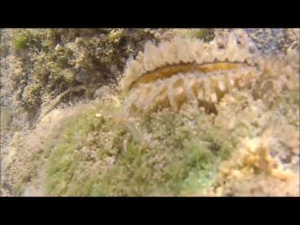 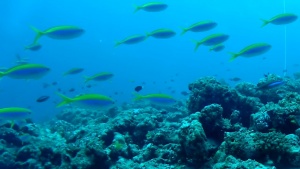 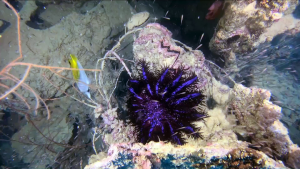